More and more people are asking “how can i reduce my carbon footprint?” Though each of us has the power to lessen our environmental impact through changing living habits, adopting a whole food plant based diet decreases our footprint most effectively. Here are some answers to common questions about diet and environment, climate change and addressing how to reduce carbon footprint most effectively, followed by resources for further investigation.

What is carbon footprint and how can we reduce it?

A carbon footprint is defined as the total amount of greenhouse gases produced through human activity, often expressed in equivalent tons of carbon dioxide (CO2). Eating more plant food and less meat are the most efficient responses to how to reduce your carbon footprint; more efficient than switching to energy-efficient cars and lightbulbs. Avoiding animal foodcan be the most effective way to reduce your carbon footprint, particularly products from livestock, (meat from all animals, dairy, and eggs).  Producing meat emits about 250 times more greenhouse gases than growing beans, uses more water, and destroys topsoil. Water use per calorie for beef is 20 times larger than for cereals and starchy roots. Milk, eggs and chicken take 1.5 times more water than growing pulses (beans).1

What's the best way to reduce my carbon footprint and greenhouse gas emissions?

Reducing animal foods in the diet will reduce your energy input and pollution output. Animal agriculture is the single most destructive industry on the planet, responsible for the most greenhouse gas emissions in agriculture, as well as deforestation and lack of biodiversity. It demands the most energy input, particularly from fertilizer, water, and the most energy for processing. It takes up more than half of our earth’s land resources, the majority of freshwater and drives more GHG emissions than all transportation combined (13%). The United Nations estimates that the livestock sector accounts for 14% of GHG emissions alone.

How much greenhouse gas emissions are animals responsible for?

Livestock utilizes 70% of agricultural land on earch, which includes growing the crops to feed animals, as well as grazing land. It’s the main driver of deforestation for these activities, which leads to biodiversity loss and land degradation.2,3 According to the EPA, livestock (cattle, buffalo, sheep, goats, and camels) produce large amounts of methane as part of their normal digestive process and from producing so much manure. But much more damaging is the amout of energy and thereby fossil fuel it takes to produce animal food compared to crops for human consumption.4 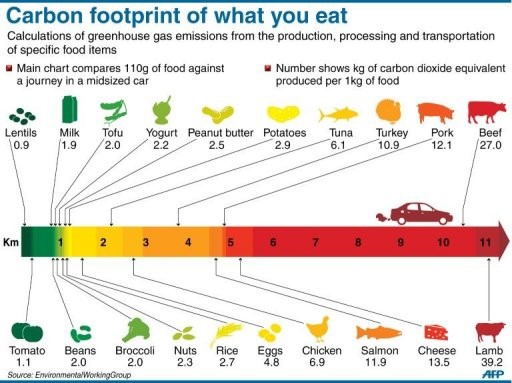 Can I Eat Meat and Lessen My Environmental Impact?

Feeding a meat-eater takes more than two acres of farmland compared to under a half acre needed for a plant-powered person.5 According to studies, transitioning toward plant-based diets that meet the standard USDA dietary guidelines could not only reduce global mortality by 6–10% but also food-related greenhouse gas emissions by 29–70%.6 Any reduction helps lessen your carbon footprint. You may want to start with swapping out meat from your diet one day a week, and continue from there.

How to Reduce a Carbon Footprint

The answer is simply by eating lower on the food chain. Consuming whole plant foods rather than animals, will lessen the amount of global warming gasses, both carbon dioxide and methane, emitted into the atmosphere, as well as lessen the amount of energy it takes to produce our food, in the form of fossil fuels. Further, the more whole food over processed food we choose, the less energy, resources, packaging and water used, along with less waste produced. And the closer we are to the farm, the less transportation fuel and cost utilized. So shopping for your produce at local farmers markets, joining a community sustainable farm and growing your own, allows for the least carbon footprint.

What is a Sustainable Diet?

A Sustainable diet is one that allows for optimal health and well-being through nutritious foods that can be sustained by individuals and populations long term. It promotes the health and longevity of people as well as the planet, using resources efficiently with the least amount of environmental impact and allowing for renewal of land, sea and ecosystems.

The Academy of Nutrition and Dietetics’ official stance on vegetarian diets concludes plant-based diets are more environmentally sustainable and less damaging. In 2015 it

included the concept of sustainability in its recommendations to the USDA, defining a sustainable diets as “a pattern of eating that promotes health and well-being and provides food security for the present population while sustaining human and natural resources for future generations.” It made the case that a diet higher in plant-based foods and lower in animal-based foods both promotes health and protects the environment- resulting in lower greenhouse gas emissions, and less energy, land and water use.7 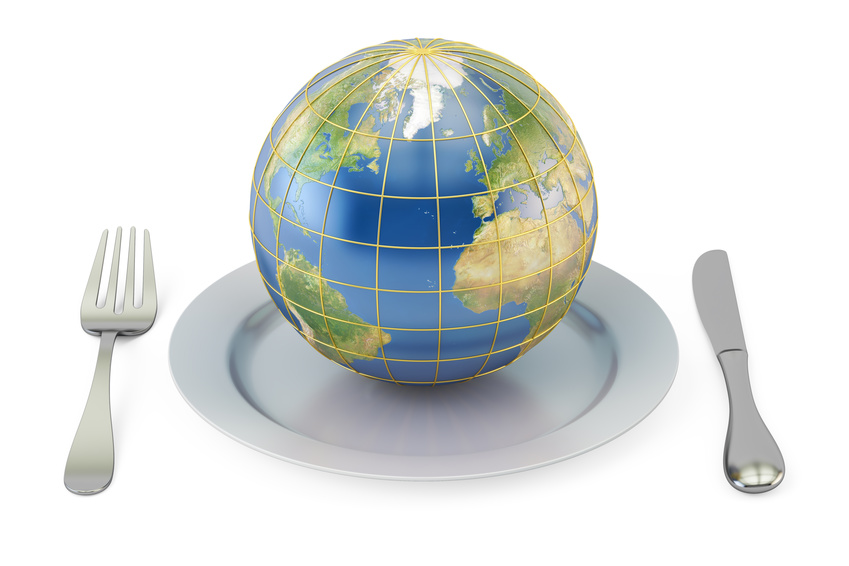 Delicious and Tasty Ways to Reduce Your Cabon Footprint

Avoiding animal products goes the farthest to reduce the carbon footprint, as well as eating foods that are as unprocessed and unrefined as possible. Cooking at home is always more sustainable than frozen food, packaged snacks and eating out. Look for main dish recipes that center on whole plant foods delivering essential nutrients sustainably, like Ginger Roasted Tempeh w/ Vegetables and Corn Chili. you may be interested in stick-to-the-ribs comfort food such as Macaroni and “Cheese” Casserole or Portabella Mushroom Steaks.

Raising cattle requires large amounts of land and feed, mostly corn and soy, which is heavily fertilized. Processing and applying fertilizer releases nitrous oxide, a gas with nearly 300 times the warming potential of carbon dioxide.  Meanwhile, methane is emitted from cattle through their digestive systems and from manure disposal and it has at least  25 times the warming potential of carbon dioxide over a 100-year period.-NRDC

Reduce meat, cheese, eggs and dairy in your diet, base your diet on whole plant foods, purchase them locally as much as possible and prepare foods at home whenever you can. These habits will reduce your carbon footprint more than most anything else, though changing to efficient lightbulbs and transportation help as well! 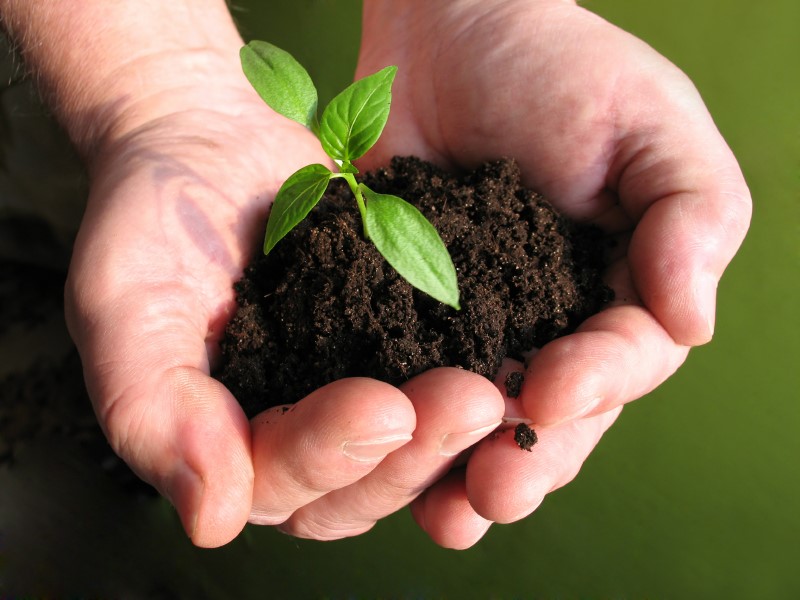 We now have concrete research documenting that dropping meat lessens greenhouse gas emisisons. Studies show that effective ways to reduce carbon dioxide include embracing a low resources-intensive diet. A couple of 2014 reports indicate that reductions in meat consumption lead to a reduction in greenhouse gas emission. America’s decline of beef consumption by 19% between 2004 and 2015 reduced climate change pollution by 185 million tons. “Total emissions cuts from dietary changes were 271 million tons. During that time, overall U.S. greenhouse gas emissions averaged more than 6 billion tons a year,” reports the researchers from the National Resources Defense Council.9 Another large study comparing reenhouse gas emissions of meat-eaters, fish-eaters, vegetarians and vegans in the UK demonstrates that reducing the intake of meat and other animal based products can make a valuable contribution to climate change mitigation.

There is much research implicating agriculture as a significant contributor to greenhouse gass emissions. Here are just a few papers:

Mekonnen, M. M., & Hoekstra, A. Y. (2012). Is a global assessment of the water footprint of farm animal products concluding that an increase in animal product consumption of is likely to put further pressure on the world’s freshwater resources

Springmann, et al, 2016 models global and regional health effects of future food production under climate change. They find that by reducing red meat consumption and increasing fruits and vegetables we “can reduce the number of climate-related deaths by 29-71%, depending on their stringency.”

You May Want to Watch...

While epidemics of chronic disease are currently by far our leading causes of death, global warming is considered a looming public health threat. How can we eat to combat dietary diseases and greenhouse gas emissions at the same time? Listen to Dr. Michael Greger, founder of NutrtitionFacts.org, talk about climate and dietary change.

NutritionFacts.org provides research analysis on nutrtion and health through its nonprophit website.

We Can Save The Planet by eating a Plant-Based Diet: Dr. William Ripple talks about environmental nutrition and the interconnectedness of nature.

You May Want to Explore...

Inside Climate News – A non-profit, non-partisan souce of environmental journalism and analysis on climate, energy and the environment for the public and decision makers

Worldwatch Institute –  The Worldwatch Institute works to accelerate the transition to a sustainable world that meets human needs.  Main mission: universal access to renewable energy and nutritious food, expansion of environmentally sound jobs and development, transformation of cultures from consumerism to sustainability, and an early end to population growth through healthy and intentional childbearing

Environmental Working Group – To empower people to live healthier lives in a healthier environment. With breakthrough research and education, we drive consumer choice and civic action.